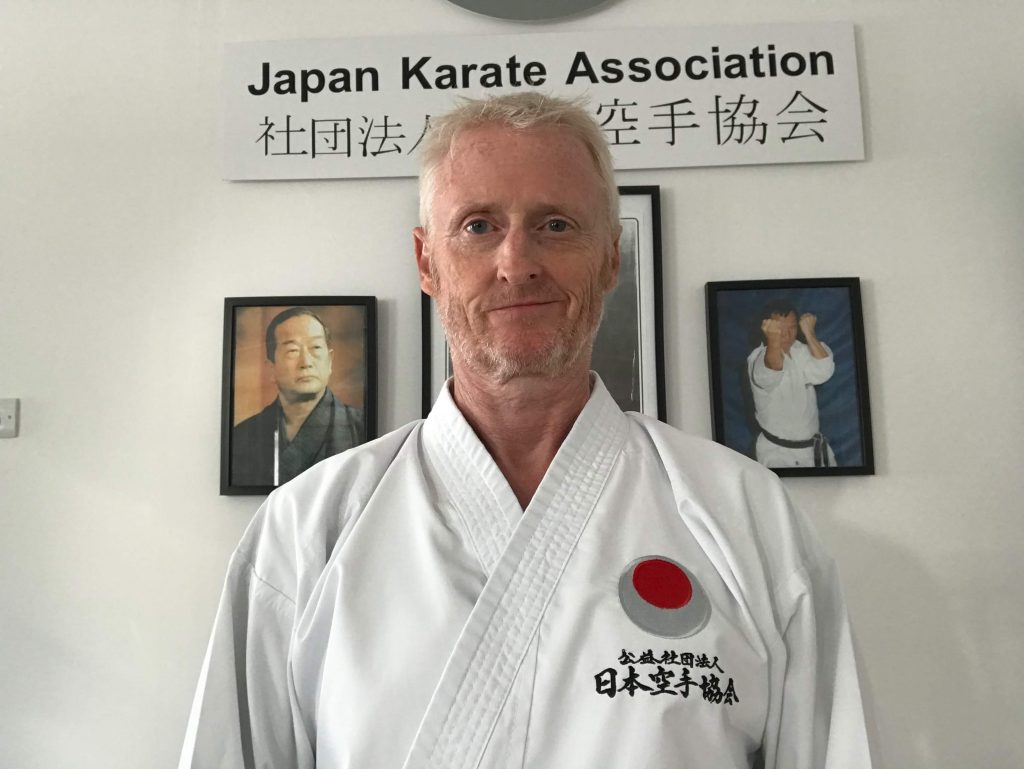 B Instructor- B Referee – C Examiner

I try to attend the JKA Honbu Dojo (Tokyo) Gasshuku every year to study and, if required, take International Licence Exams, thereby enabling me to pass on the current JKA teachings directly to my students and JKA Scotland.

Karate is a way of life, not a sport. I teach 7 days /week and train most days of the week.  I train with Sensei Ohta 7th Dan JKA at every opportunity that I can, who, in my opinion, is one of the most talented / gifted instructors within the JKA.  I have made many friends from countries all over the world.

“We are caretakers of our Karate and as such must study and pass on as much information to our students as we can”.  JKA is Shotokan Karate, founded by Supreme Master Funakoshi Gichin and passed down through Sensei’s  Nakayama, Sugiura and now Shuseki Shihan M.Ueki,  9th Dan JKA.

I believe that we all have a duty to study, train, progress, teach and pass on quality karate-do.

Sensei Burrows is the main instructor at our North Berwick dojo and holds an international licence for both instruction and refereeing.

Sensei Dave Osborne trained with Sensei Enoeda frequently and has been training for several decades.

Sensei Lunn instructs mostly at our North Berwick dojo and has competed in JKA veterans tournaments.

Sensei Fraser has trained for four decades in Aberdeen, Edinburgh and now teaches at both Musselburgh and North Berwick dojos.  He has reached two JKA Scotland East Regions finals for kumite and enjoys teaching kumite, kihon and kata.

Sensei Garrett is a former member of the JKA Squad for international tournaments and teaches mostly at our Musselburgh dojo.